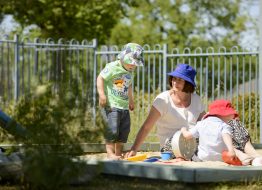 A great big shout out to our wonderful educators, we appreciate all you do and the enormous effort and love you put into caring for children especially in these trying times… … read more

Our Village Family Childcare celebrated children’s week on Wednesday 23rd October by hosting a play session and music group to celebrate! Children’s Week celebrates the right of children to enjoy childhood. It is also a time for children to demonstrate their talents, skills and abilities.

Enrollments are now open for 2020!  Spots are now available for next years places, for more information or to enrol your child into Family Childcare, fill out the form below and we will be in touch.

Do you have a passion for children? Are you interested in running your own business from home? Join Our Village! We’re seeking educators to move into a fulfilling, well supported childcare career from home. … read more